Visited the cooper hawk again this evening and brought a tripod with me but then a situation called for, i opted for handheld instead. My Gitzo squeaks when the lock turns and that nervous her. We’ve been seeing each other long enough, i know what makes her tick. *smile* Couple more turns and she will flee the scene. You just can’t beat freehand shooting though an opening on thick wood, tripod is not gonna cut it. 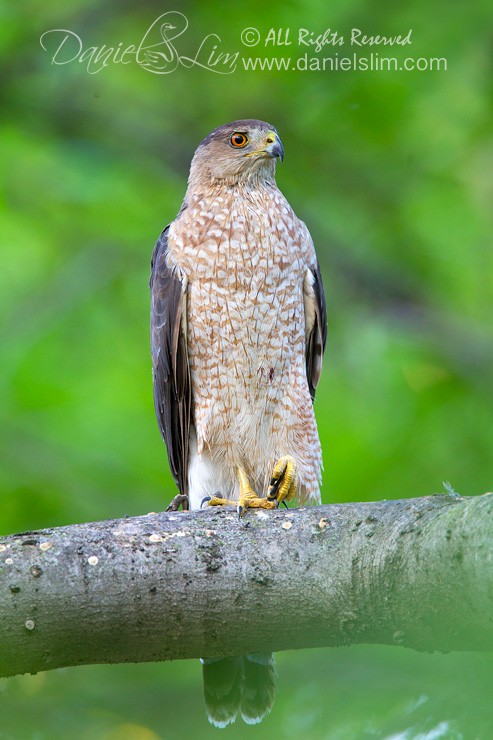