This is a Drake Northern Shoveler with eye contact taken with the new Canon EOS 7D Mark II, it’s a shame it doesn’t show the full breeding color yet. I received the new Canon 7D Mark II weeks ago, first batch shipment and knock on wood that it doesn’t choke and it appears to be a keeper after few BIF sessions.

I was rather disappointed at first when the AF missed 90 percent of shots. While fiddling with the overwhelmed Canon ITR AF – Intelligent Tracking and Recognition, i catch up with mistakes and settings, and it seems the ITR doesn’t work well on fast and erratic flyers especially in situation where initial AF acquisition time is short.

Turning that off works better now…. stay tune for more BIF – or DIF? 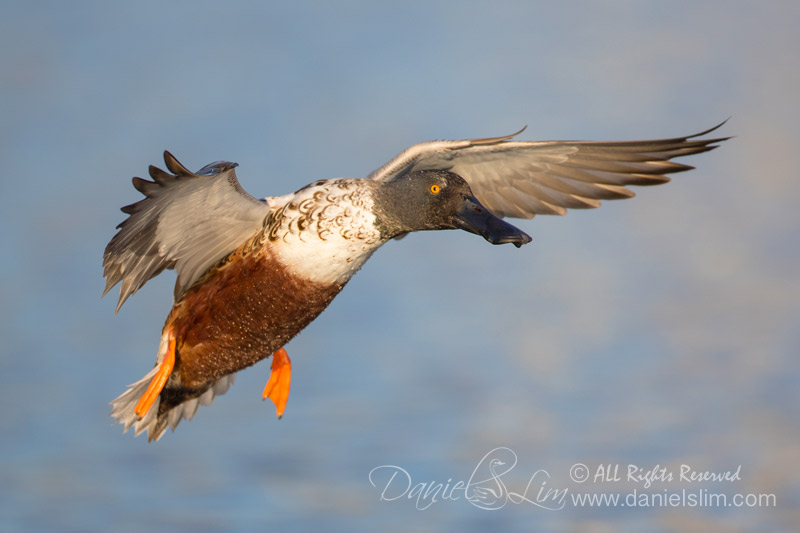