In Cooper’s Hawk family. The male hunts and passes prey to the female that’s guarding the siblings. She eats half and gives the rest to the fledglings. This is one of the late evening in the hot summer, the young already fled the nest but still fed on parent catches. Normally, they would finish the food up high on the tree, just one of hawk’s instinct to prevent others from stealing their meal. But this guy had little energy left to fly, just enough to chase the mom around on foot while begging for food. Eventually the mom dropped the food (some bird) on the ground, and the fledgling consumed its meal right there while i was just few feet away. 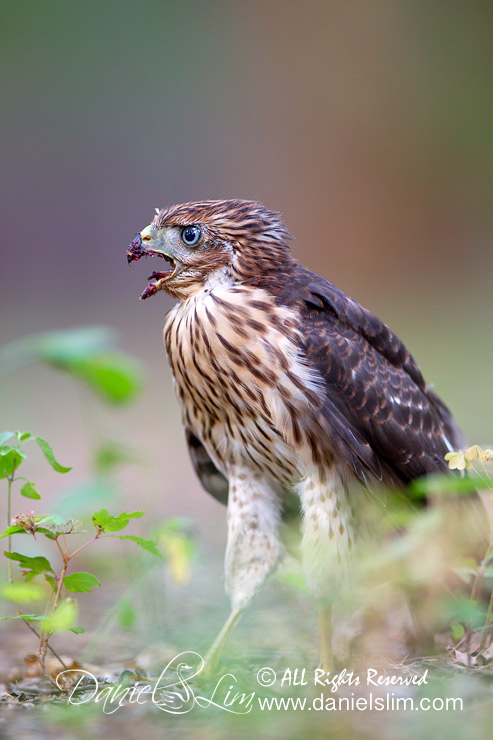