The Scissor-tailed Flycatchers took over the nest previous occupied by Eastern Kingbird at White Rock Lake, Dallas. It’s a prominent nest with good opening on eye level. I was very excited and waited an entire month for the hatchling but it didn’t turn out as good.

It was too exposed.

Facing the raising sun, i’ve seen the parent took turn shielding the newborns from direct sun light. Three of four disappeared on the 6th day and none left the day after. Presumably taken by predators due to lack of covers, or the Texas heat and I searched around but did not located any fledglings near-by.

This was one of the early morning feeding time when the male parent brought back a stick bug and the chicks were most active and would reach for the food. 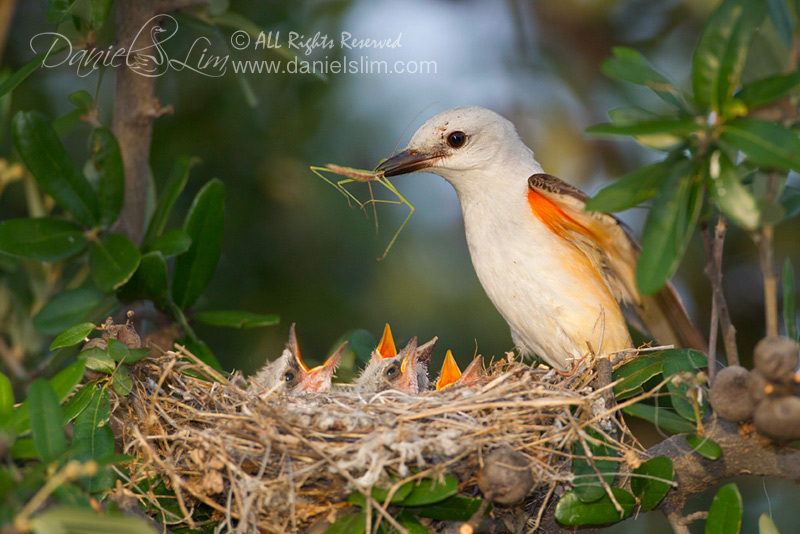