Another favorite one from Village Creek, a western king Bird flipped an eastern pond hawk with soft green algae as backdrop. It was in the heat of summer, flycatchers were in hunting mood and this one always return on the same perch with catches — insect, tiny frog likes creature and dragonfly, then she flipped it before swallowing. Bingo! Bird hunts in a routine. I didn’t get the timing right on the first week, just a few small insect creatures and i was too close (How often we get to say that?). I managed a few shots, could be keepers but got clipped here and there. But once you’ve seen it flipped a dragonfly though viewfinder, nothing else matters. You just have to have it.

Next week, I parked my car a few feet back and removed the 1.4x extension. Why? Auto focus would be faster with bare lens. It’s better to crop then having a few blurred shots right? That paid off. The second she sat on the perch, shutter went off and I came away with 2 shots — they are tack sharp. 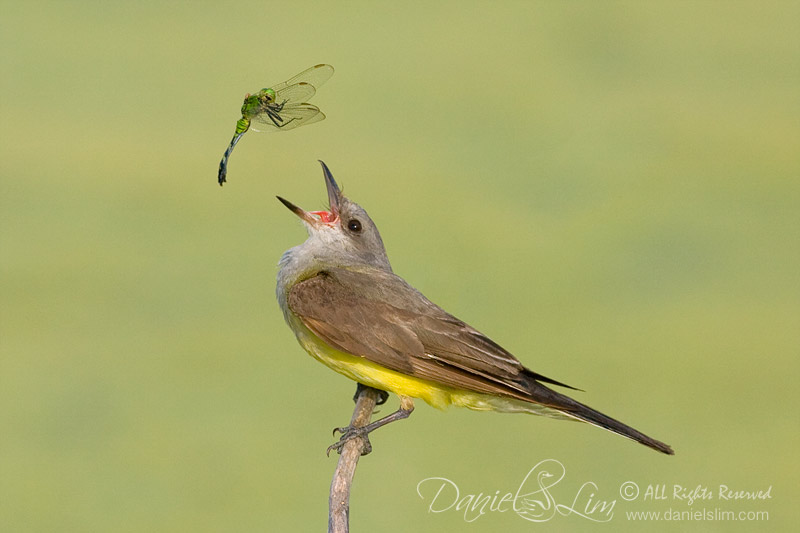