The Eastern Kingbird nesting project came to an end on July 4th as the chicks started to hop from branches to another. The parent continue to feed the fledglings as they are incapable to hunt yet, and would scream at the youngsters if they ventured too far out.

To raise and level the shooting angle, i brought a ladder to elevate camera angle couple feet higher. My 500mm set-up rest on top a 22lb beanbag over the 8-feet ladder. Pity i can’t go any higher and further back as there are obstacles in the way shooting beneath a tree.

The White Rock lake parking lot at Boyscout hill was busy during the Independent Day. Cars and visitors come and go thus it’s not a suitable day for video recording – too much noise for audio. So, the focus that day was on still image. The picture you see below is two eastern kingbird fledglings stood on edge of the nest, one was chowing down a good size grasshopper at slow pace and the other did what nesting bird does best – feed me! feed me!

It makes a good caption photo, isn’t it? 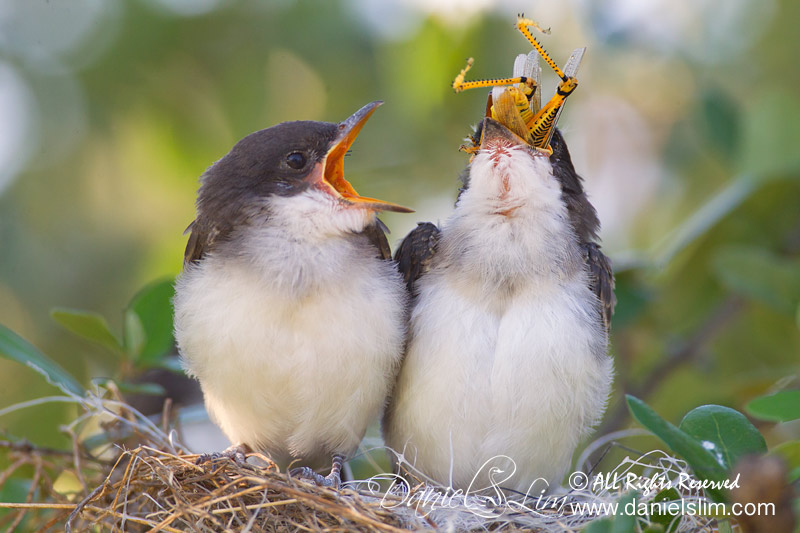