During the mating season, the male Mississippi kite works diligently on the nest as well as hunting food for its mate.

That’s the second part of mating ritual – Presenting fresh catches from butterflies or small insects to the female. On the shot below, the female on the left would perch on nearby branches most of the morning while the male does most of the works – from making the nest to catch insects for her.

It’s hard to tell the bird’s sex apart from this picture but the male has noticeable slender body, longer neck and whiter upper body. 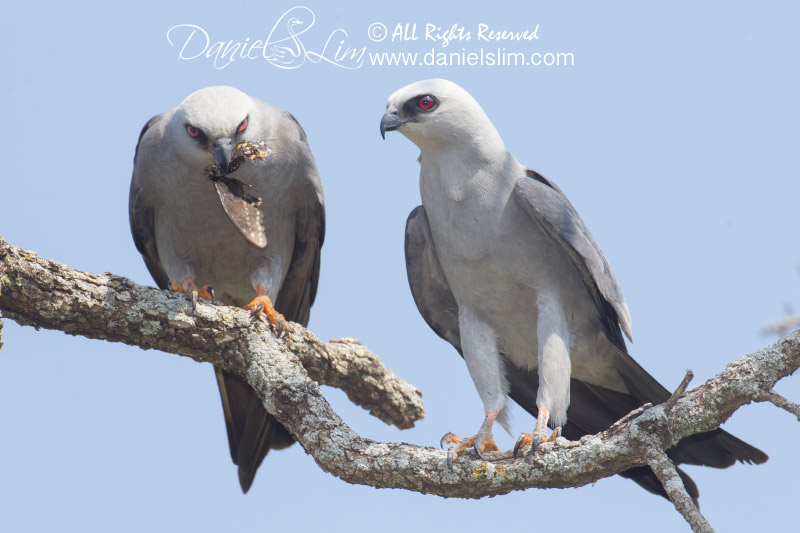